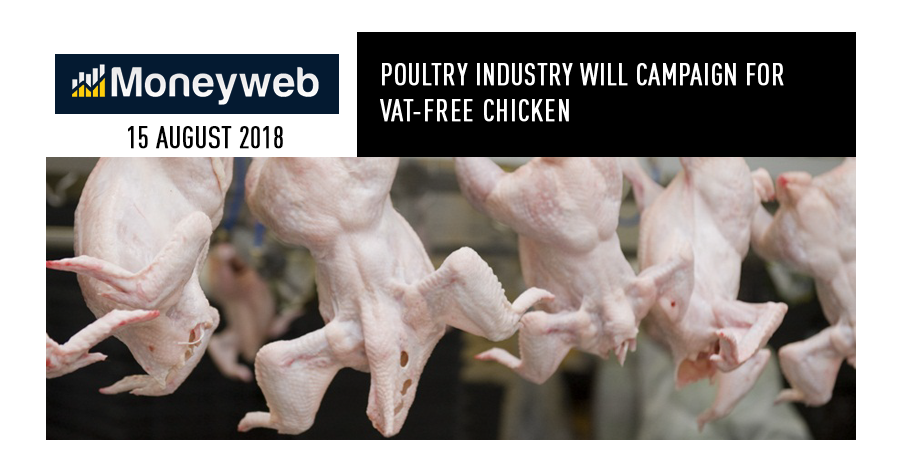 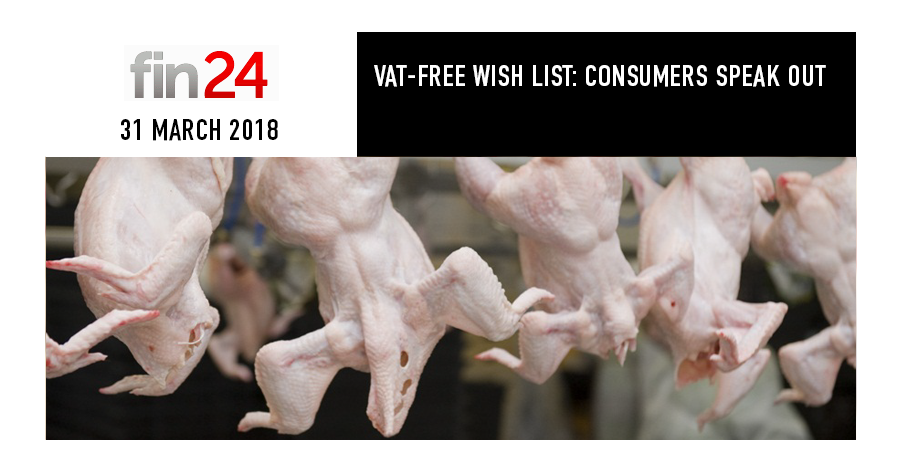 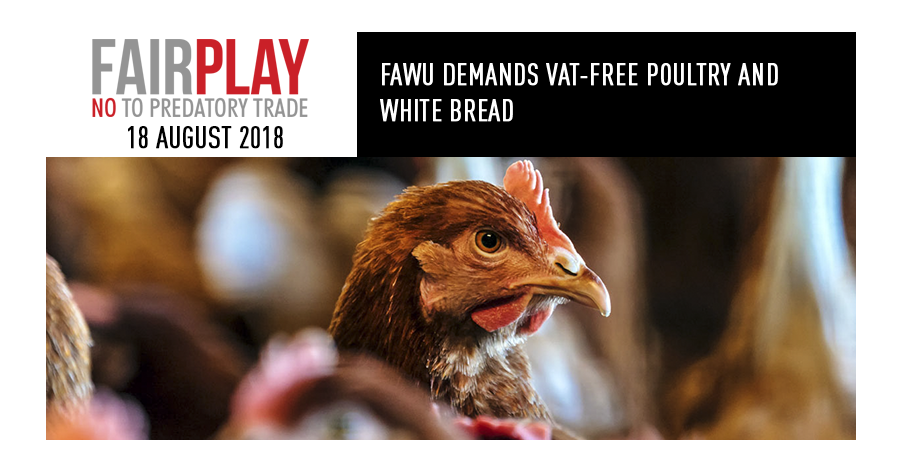 Chicken must be VAT free. The Food and Allied Workers Union (FAWU) fully supports the campaign to add poultry and white bread to the existing list of VAT-free items that is exempt from the 15% value added tax (VAT).

The government is aware that many vulnerable citizens are suffering seeing that the country is locked into triple -crises of poverty, unemployment and inequality. It is being reported that the government is now asking the nation how our underprivileged and vulnerable citizens can be protected against the increases in VAT and the fuel price. FAWU is therefore saying that VAT-free chicken is a very good place to start. That is exactly why we back the campaign by the SA Poultry Association (SAPA) and FairPlay to have chicken zero-rated.

The government has appointed an expert panel to review the list of items that are zero rated for VAT. FAWU strongly believes that chicken should be added to that list.

Our members reside primarily in the agricultural sector and we therefore represent workers in the poultry industry. For years we have campaigned against the practice of cheap, imported or so-called “dumped” chicken imports because of its negative effect on the economy and in particular, on employment as can be witnessed by thousands of workers who have already lost their jobs as production facilities have been forced out of business.

FAWU represents thousands of members employed by the agriculture sector and it is therefore in our interest to see a strong and thriving poultry industry. FAWU is convinced that our poor citizens, who rely on mainly chicken as a source of protein, should be protected against the effects of the 1% VAT hike.

FAWU therefore demands that chicken, as an important source of protein among poorer citizens, be added to the list of VAT –free items.