FairPlay stands on the side of the people

By Francois Baird, Founder of The FairPlay movement

Our movement was formed in October 2016 to fight against trade dumping and to fight for jobs. With limited resources, we decided to focus on dumped chicken imports that were damaging the South African poultry industry.

Back then, we realised that a thriving poultry industry is mission critical for South Africa. We worried about potential plant closures and job losses in rural areas, about the livelihoods of small poultry farmers, mostly black, who were vital in helping to provide the nation with protein.

Although dumped and predatory imports had increased steadily for nearly two decades at the cost of thousands of South African jobs, dumping and its effects evoked little public debate.

Dumping and the poultry sector also appeared to be far lower on the list of government priorities than they should have been. In the sugar industry, the story was the same. Dumped imports had similarly put an industry in distress, causing job losses and threatening thousands more. Two strategic national industries, major components of the agricultural sector, were in trouble and dumping was spreading misery, particularly in poor rural areas.

By exposing and highlighting the damage that dumping does, and the impact of dumping on jobs, livelihoods and communities, FairPlay helps to explain why dumping is not only unacceptable, but toxic.

Poultry and sugar are not the only industries threatened by dumped imports. In the course of our journey we have had conversations with the milk, potato, cement, glass, tyre and steel industries. We have been in contact with sectors in other countries facing the same problem, who want our help too.

There is also now a healthy national debate on localisation, with the government promoting the replacement of a number of imported products, including some poultry imports, with local production and the creation of local jobs. This is where predatory trade issues such as dumping and its counter – local industry development – should be, high on the public and political agenda.

For South Africa to thrive, an informed public, and government policies determined by an examination of the facts and considerations of national interest, are vital. FairPlay will continue to contribute to that debate and to fight for seeking and implementing higher-order solutions.

Dumping is a scourge, locally and internationally, and it must be eradicated. Predatory trade should become a global focus in the world trade community. 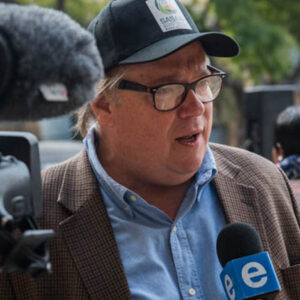 Francois Baird founded FairPlay in October 2016. He is also the founder and chairman of international communications consultancy Baird’s CMC.

Through FairPlay he hopes to apply the expertise and global networks built up over 30 years to make a practical, positive difference through advocacy.

A message from our Patron

When I joined the FairPlay movement as its patron in 2017, I did so because I believed in the need for an organisation to fight against dumping and predatory trade. The need remains great, not only in South Africa but globally.

As I pointed out at FairPlay’s Social Support Summit in 2017, dumping and predatory trade are not unlawful in terms of international law, but they are “condemned”. The only available remedy is import tariffs to counter the degree to which dumped goods are under-priced.

However, dumping and predatory trade also raise constitutional and humanitarian considerations when they lead to the contraction and closure of local businesses and the loss of large numbers of jobs.

This is what has happened to the South African poultry industry. The Social Support Summit was held to explore ways to help the thousands of chicken industry workers who had lost their jobs.

South Africa’s post-apartheid constitution is the first in the world to include social and economic rights as justiciable rights – that is, rights that can be enforced by law. These include the right of access to housing, health care and the right to education.

They were included in the constitution in recognition that what the majority of our people need and want is income to allow them and their families to enjoy sufficient food to eat, have a roof over their heads and have their children educated. For most South Africans, these second generation rights are as important as the first generation rights such as freedom of expression, freedom of assembly and freedom from unlawful arrest.

First generation rights have little practical meaning for the millions who are unemployed and forced to live in circumstances our constitution does not countenance. What I told the summit remains true – in the face of substantial unemployment it is crucial to preserve and protect current employment and to encourage all means of creating new employment. Every day we should give thought to the millions of our fellow citizens who cannot find employment and to the suffering this causes for them and their families.

The FairPlay movement has pursued this goal with vigour, not only in the poultry industry but in support of others confronted with contraction and job losses because of dumped and predatory imports. These have included the sugar industry – now, like poultry, supported by a government-led master plan – and FairPlay’s voice has been heard championing local jobs in clothing and textiles, steel, cement and other industries.

It remains important for these industries and for organisations such as FairPlay to continue to expose predatory dumping and its impact on the people and communities affected by it. Equally it is important for the government to act against it.

If the facts establish predatory dumping – that is that the party or parties dumping have as their motive or one of their motives the destruction of South African competitors – then the government should take such steps as are justified under international and South African law to prevent it. This includes import tariffs.

If the facts justify it, the rule of law and fair play in trade dictate that on moral and legal grounds such action should be taken. It is in the interests of the government to act against practices that are damaging important industries and potentially causing the loss of many jobs.

Dumping may not be illegal but it is unethical. It is in the interests of all South Africans that trade is conducted fairly and in accordance with local and international law.

In trade, as in everything else, the rule of law must prevail. 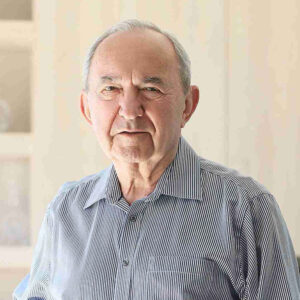 Justice Richard Goldstone is an internationally renowned jurist, former member of South Africa’s Constitutional Court, and a human rights champion. He is the patron of the FairPlay movement. As a firm supporter of trade and competition Justice Goldstone joined FairPlay in the belief that an anti-dumping movement is needed globally to make the moral case for international trade rules.

We are grateful for the support we receive from a wide range of partners.