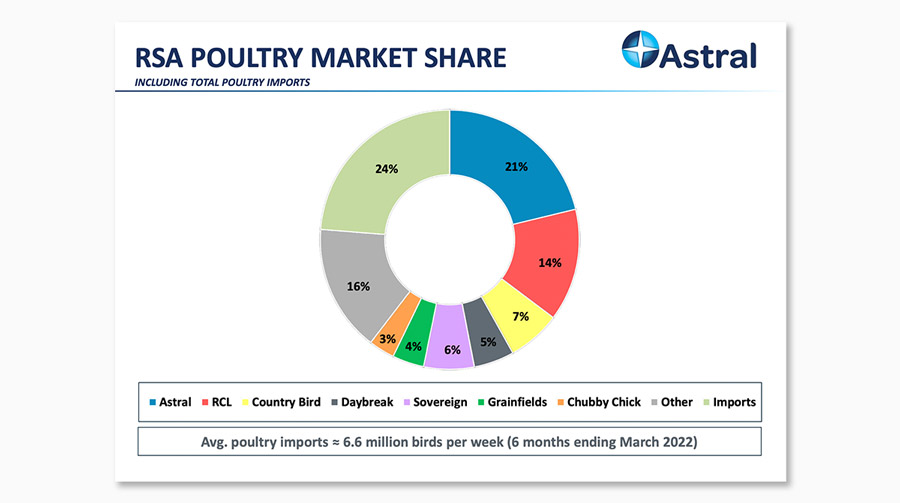 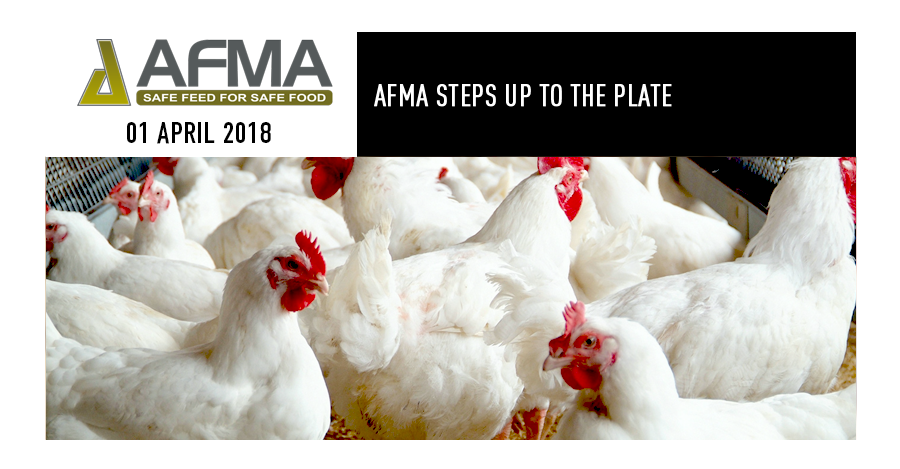 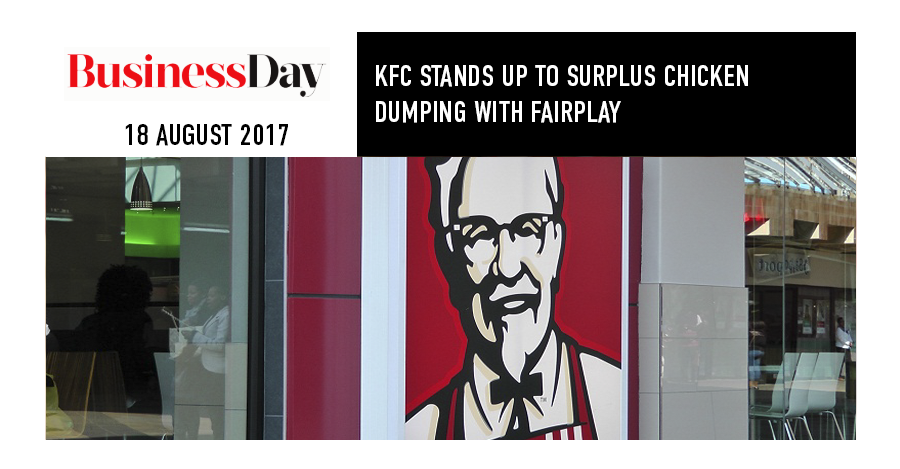 KFC, SA’s largest chicken buyer, has lent its support to the FairPlay Movement, an organisation formed to protest against the practice of dumping surplus chicken in SA and globally.

Dumping is the practice of exporting goods at prices lower than the home-market price. Dumping is legal under the World Trade Organisation (WTO) rules unless its injurious effect on the importing country’s producers can be established.

FairPlay, formed in October 2016, already enjoys the support of chicken producers RCL Foods, Astral Foods and Country Bird Holdings, along with the South African Poultry Association and the Food and Allied Workers’ Union.

Founder Francois Baird said it was important to get buy-in from stakeholders at the end of the chain. “The FairPlay Movement warmly welcomes the support of KFC in our efforts to stop the predatory practice of dumping, which destroys South African jobs,” he said.

“Having big business stand behind local producers underscores the importance of a robust chicken industry to the South African economy. We hope that other businesses will follow KFC’s example to send a clear message that our chicken is world-class and that we need to stand together to protect this crucial industry.”

Poultry producers in SA have accused the EU of dumping, but the EU has not admitted to the practice. Local producers have not lodged a complaint with the WTO either. According to data from the South African Revenue Service, 48.1% of poultry imports in 2016 were from the EU, while 41.7% were from Brazil.

KFC said it wanted to see an environment with fair competition. “We source 100% of our chicken locally and believe this shows commitment to competitive and thriving local industries as well as to serving the great-quality chicken our customers know and love,” said KFC Africa corporate communications director Thabisa Mkhwanazi.