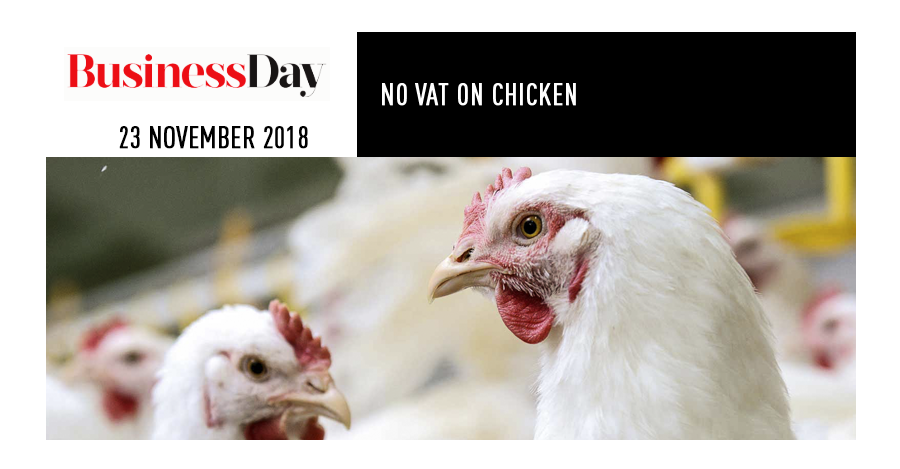 No VAT on chicken 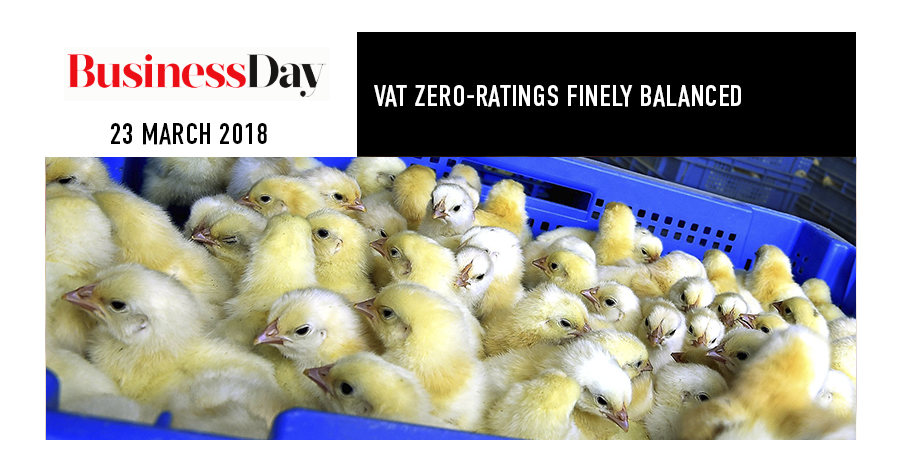 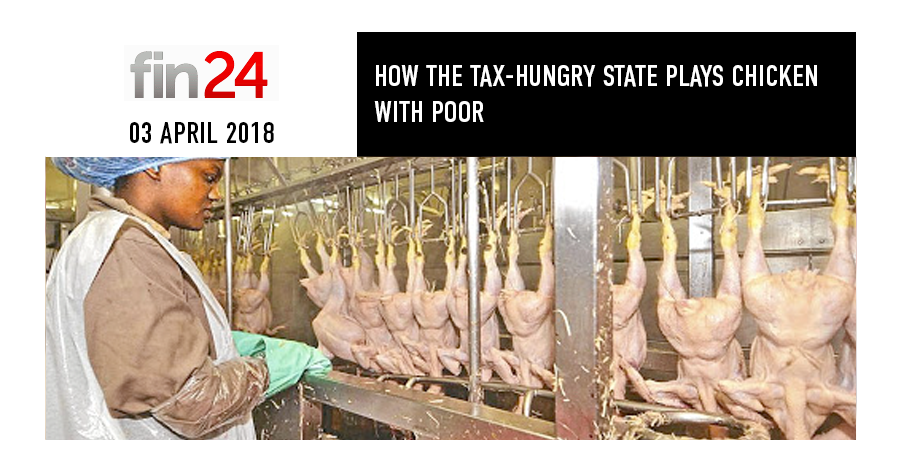 Since the zero-rated basket was born in 1991, consumer buying patterns have changed and some of the foods in the basket have lost their appeal, such as the only animal protein in the basket at present: tinned pilchards.

The most widely consumed protein in SA today is chicken, which happens to be the cheapest meat. It is cheaper than tinned pilchards and it is what South Africans already prefer to feed their families.

It would make simple economic sense that chicken be added to the zero-rated food basket — at the very least fresh whole and fresh half chickens, as well as cheaper parts such as livers and giblets. In fact, to continue excluding chicken from the zero-rated basket when 20% of the population is living under the poverty line and chicken is their preferred and in some cases only source of protein, is morally ambivalent and economically ill-judged. “Let them eat pilchards” has a discomfiting ring to it, does it not? 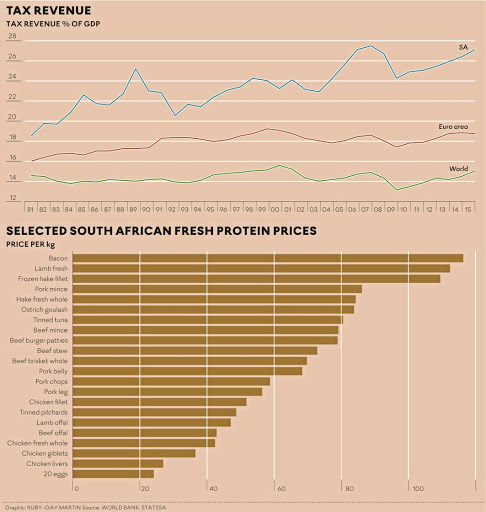 When it comes to taxation of its citizens, SA is a unique case study. We are a developing country but we have one of the highest tax burdens in the world. Hard data show the ratio of tax we pay compared with our GDP has just been increasing over the past four decades (And while our private tax and company tax burdens are very high, the indirect consumption taxes, which hit the poor and the middle classes hardest, are also in the top third in the world. This burden is unsustainable, undesirable and the bedrock of social and economic instability.

Consider this: we have just seen the implementation of sugar tax and the VAT increase (and the carbon tax is to follow soon), which is adding yet more tax revenue to the state coffers. We pay as much tax, in effect, as some of the wealthiest countries in the world, without giving our citizens the same benefits those wealthy states deliver to theirs.

In the UK, for instance, your takeaway chicken sandwich is VAT free, as is all food. In Belgium the standard VAT rate is 21%, but on food you pay only 6% VAT. Many wealthy nations charge lower VAT rates on foodstuffs, if they are not completely exempted. Lower VAT rates apply to medicines, to education, to books — all essentials to human dignity and upliftment.

Meanwhile in SA, a middle-income country where about a quarter of our population — that’s 13.8-million people — live below what Statistics SA calls the food poverty line, and where we have one of the highest unemployment rates in the world at almost 28%, we have a miserly 19 foodstuffs VAT free.

From April 1 even the poorest of the poor have to pay more for anything outside that narrow allowance. The miserly list of 19 has remained unchanged since VAT was implemented in 1991, but over the years that allowance has become even narrower, with certain subcategories of the 19 foodstuffs being disqualified. It used to be that “bread” was VAT-free, meaning, all bread. But some official decided somewhere along the way that the very poor are not allowed low-GI or any bread that is remotely fancy, because the category has shrunk to now exempt only government brown bread. “Let them eat government brown bread” has the same discomfiting ring as pilchards.

While it is clear that SA has a huge budget hole to fill, the solution has been sought in increasing taxes rather than identifying ways to save

Eggs, too, are a major source of protein and have a low price when measured on a per kilogram basis.

Eggs are zero-rated but should they be the only animal protein source other than tinned pilchards, which are mostly imported fish packaged in imported tins these days?

It just makes sense to replace pilchards in 2018 with the nation’s most popular, most affordable meat. And it makes even more sense considering that the chicken industry provides significant employment in rural areas, which contributes to rural development.

While it is clear that SA has a huge budget hole to fill, the solution has been sought in increasing taxes rather than identifying ways to save. This method of raising revenue is hurting consumers and many so-called middle-class people are worse off today than a few years ago. According to Poverty Trends, published by Stats SA in 2017, about 55% of South Africans live below the upper poverty line, and, worryingly, the number is increasing.

In addition, it is well established that poverty leads to malnourishment and shocking figures by the South African Demographic Health Survey show that 27% of children under five are stunted as a result of chronic malnutrition.

Just hold onto that figure for a minute — 27% of our children under five are stunted as a result of malnutrition.

Our National Development Plan has lofty ideals of ensuring that all children can reach their full potential, but a nutritionally stunted child stands no chance, which has an affect on the economy as a whole and adds to and accelerates the cycle of poverty and deprivation.

Getting a balanced and nutritious meal every day is something most of us take for granted, but the reality in SA is that millions of people do not have that luxury and on top of that are burdened with indirect taxes. The current zero-rated list includes most fresh vegetables and fruit and some milk and bread products, but many basic proteins and all meat are excluded. A helping hand in the form of a VAT exemption for an affordable protein such as chicken is not just a logical step, it is the right step.

There’s no doubt the time has come to change and increase the number of zero-rated products to bring SA more in line with other countries and to accommodate the needs of the most vulnerable members of society. It is time for the government to act with more sense and allow for more items to be free of VAT — especially cheaper protein sources such as chicken, which would also boost South African industry and fulfil the president’s mandate to create employment. It would be a win-win situation all round.

• Schussler, an independent economist, is founder of Economists.co.za and a member of FairPlay’s expert panel.