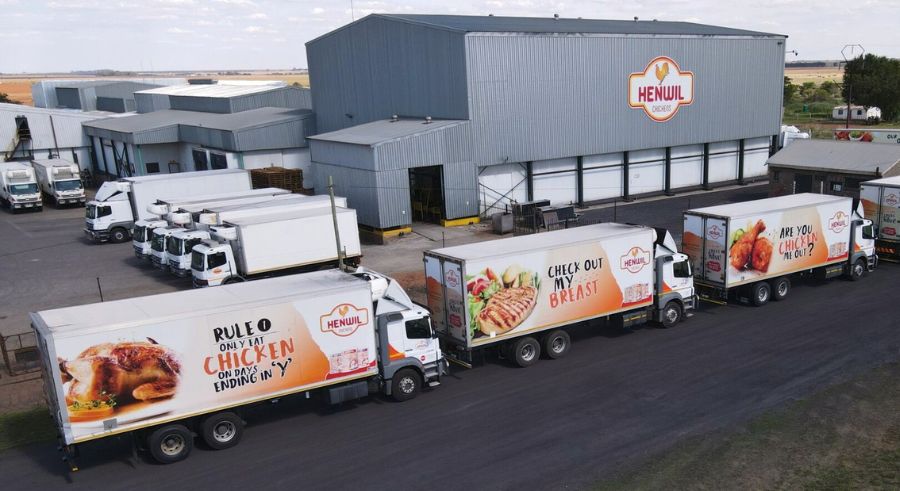 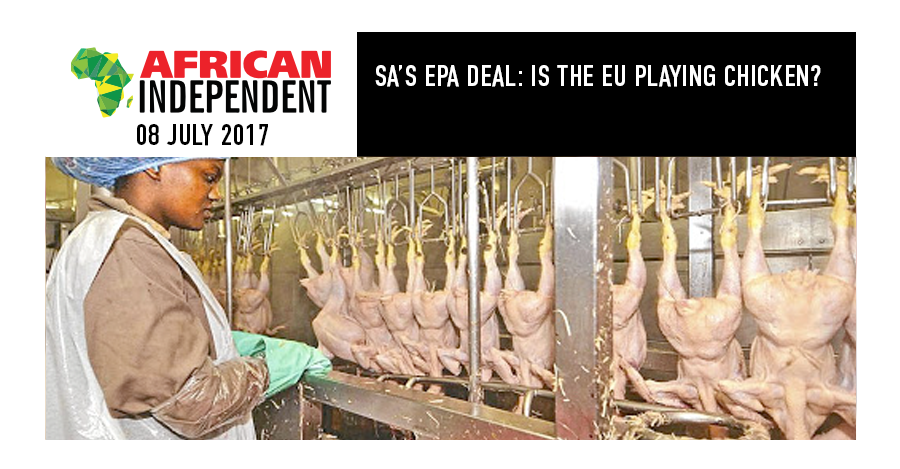 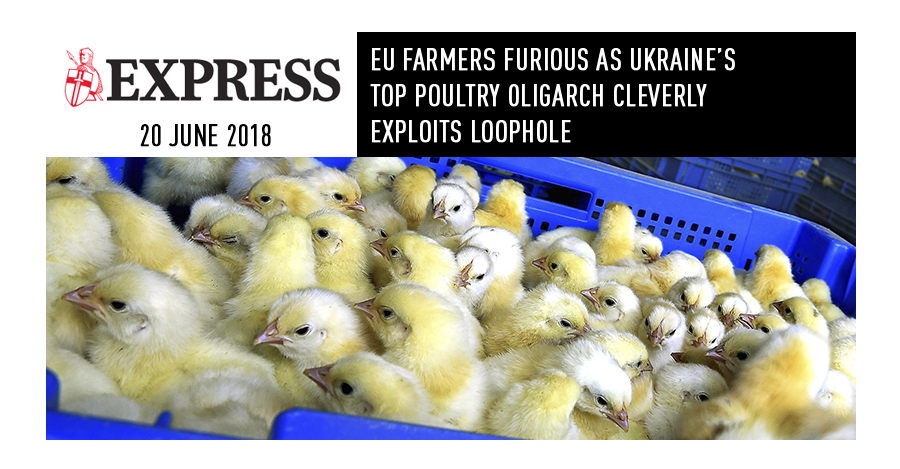 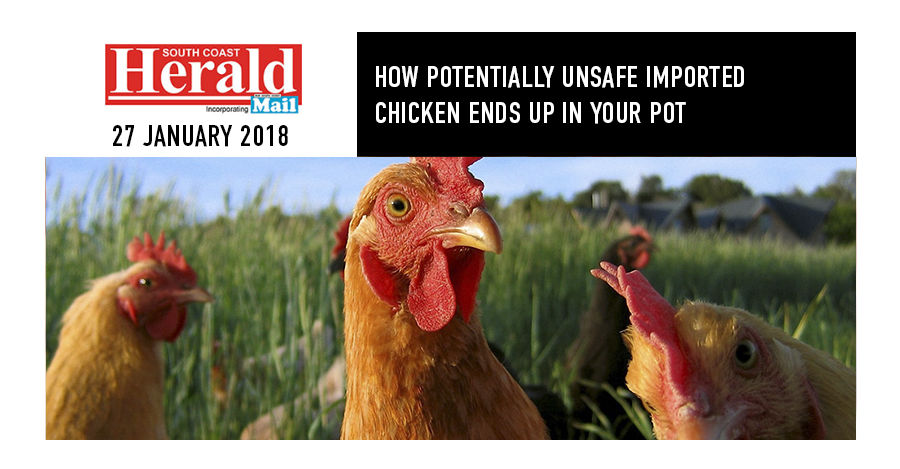 This comes as concern intensifies over South Africa’s largest ever outbreak of listeriosis.

South African consumers face serious health risks from imported chicken, and are misled by retailers who stock incorrectly labelled imports which may also have been thawed, re-worked and refrozen before it reaches the shelves, leading to dangerously high bacterial levels.

The anti-dumping advocacy group FairPlay said, “These and other shocking revelations in a recent episode of Special Assignment about the murky world of the imported meat industry come as no surprise. This comes as concern intensifies over South Africa’s largest ever outbreak of listeriosis, which can be contracted via frozen food that has been thawed, re-worked and refrozen, and which has claimed 67 lives so far.”

FairPlay founder Francois Baird said, “FairPlay has been campaigning for Government to apply the same strict safety measures to chicken imports as those that South African producers conform to, but so far to no avail. This independent investigation into imported chicken from Brazil proves how important it is to defuse this time bomb.”

Local chicken producers are inspected all the way from farm to fork by the Department of Agriculture, Forestry and Fisheries (DAFF) and the Department of Health, and safety tests carried out by the Special Assignment team proved the benefit.

A sample of local chicken was compared to a sample labelled as coming from Brazil and the results are indisputable. Bacterial counts in the Brazilian chicken were higher by tens of thousands of percent, at levels so high that it was not fit for human consumption.

In a meeting with representatives from the European Union late last year, FairPlay also presented them with a package of frozen imported chicken meat where it was impossible to identify the country of origin in Europe.

“It is irresponsible to accept at face value the food-safety credentials from abattoirs thousands of kilometres away; and to blindly trust that cold-chain integrity is maintained, given the shipment over vast distances,” said Baird.

“When last did DAFF visit the source abattoirs in the EU and Brazil? If we skimp on these initial checks, and then add to it that bulk frozen portions are then thawed, reprocessed, re-packed or merely sold as ‘loose serve’, all at a significant number of points all over South Africa, how will we ever guarantee food safety?”

Added to the food safety and labeling concerns, the Special Assignment investigation also highlighted that the perceived cost-saving of “cheaper” imports is not passed onto the consumer.

“This is a multibillion-dollar business that not only operates without proper mechanisms in place to ensure product safety and quality controls, but it makes some people rich at the expense of the very poor, who don’t have a choice about the protein that they consume – it has to be the cheapest or they can’t afford it at all.”