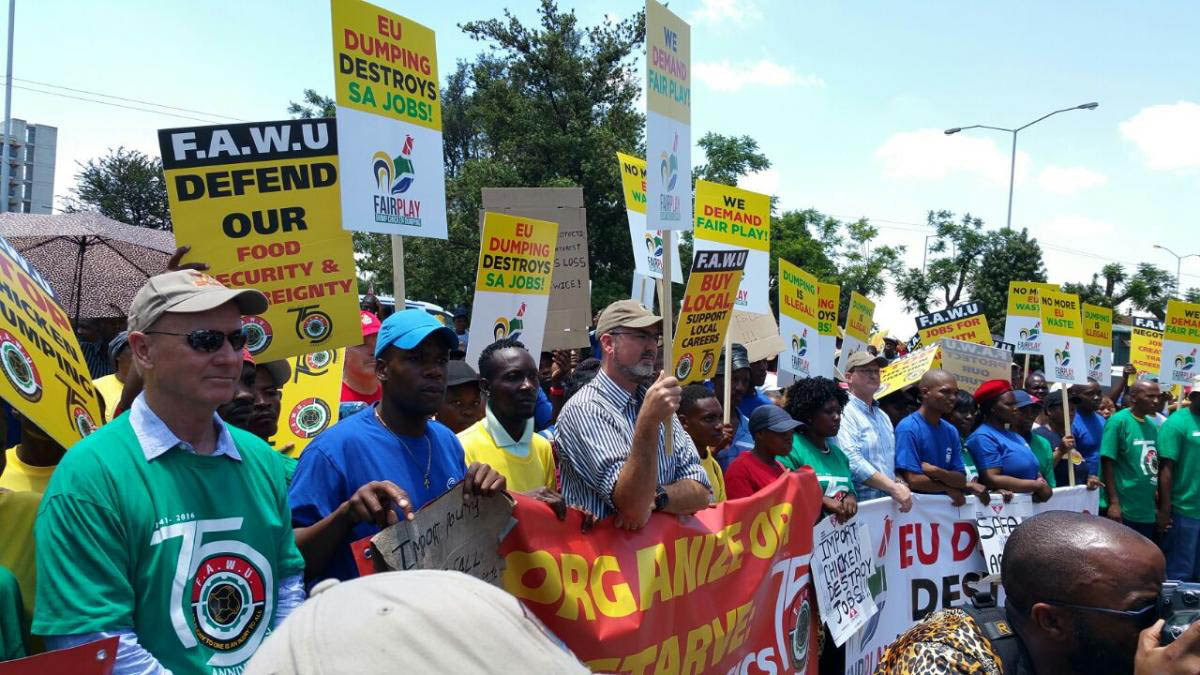 FairPlay, the Food and Allied Workers Union (Fawu), the SA Poultry Association, and supporters delivered a memorandum of protest to the European Union’s (EU’s) offices in Pretoria over the dumping of chicken in South Africa.

The memorandum noted that dumped chicken pieces from EU countries, said to account for 80% of chicken pieces imported into South Africa, were the primary cause of the local industry’s woes and that “thousands more jobs could be lost this year if dumping continued unabated”.

Around 1 350 jobs were lost at the RCL Foods chicken plant, in Hammarsdale, KwaZulu-Natal, where operations were halved from two shifts to one.

“There is a huge surplus of chicken leg quarters in the EU because consumers there prefer chicken breasts and wings. The brown meat is disposed of as off-cuts, often labelled waste, to any market that will take it at any price the producers can get,” The memorandum said, adding that, with markets such as Russia and China closed to EU imports, producers have focused on South Africa, where “barriers are minimal”.