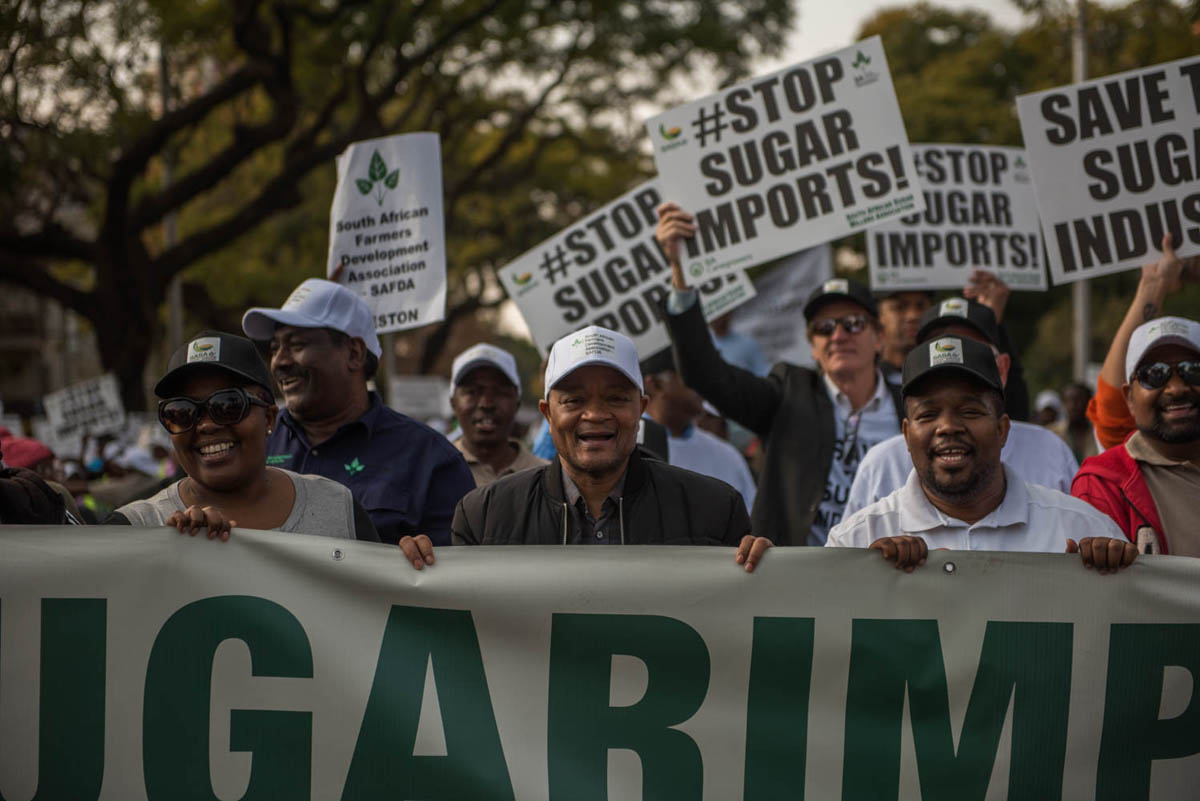 “Jobs within the industry are at risk due to the unprecedented high volumes of sugar imports entering our shores, resulting in a major loss of South African local market share.” Imports in the 2017/2018 season amounted to more than 500 000 tonnes.

Director general at the Department of Trade and Industry, Lionel October, accepted the memorandum on behalf of minister Rob Davies. He told protesters the government understood the plight faced by the industry “We know the industry is bleeding,” he said. “We had a meeting three weeks ago to look at this problem… this matter will be fast-tracked.”