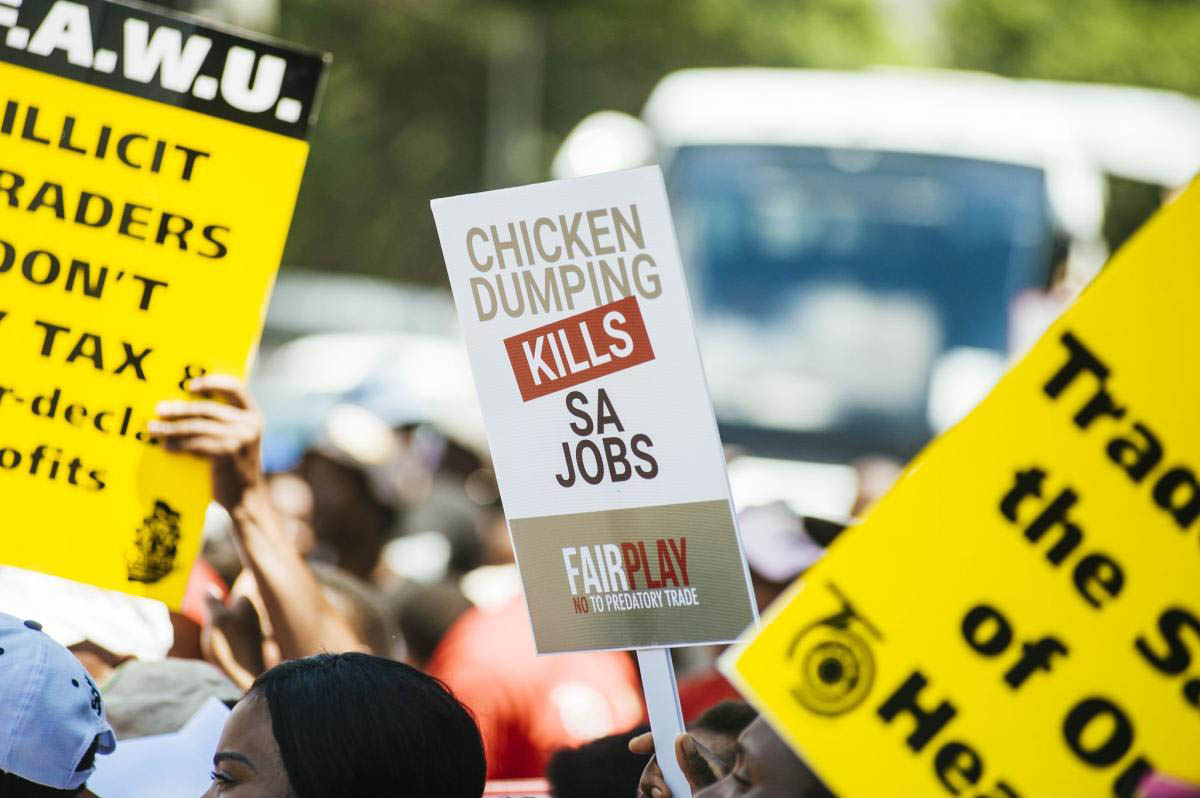 FairPlay, the Food and Allied Workers Union (FAWU), and other activists marched to the headquarters of the South African Revenue Service in Pretoria to demand action on illicit trade.

“We need the government to clamp down on the illicit trade in poultry, sugar and sugary sweets, tobacco, alcohol, fishing, soft drinks… it is rampant across so many of our industries at the cost of our people’s jobs,” said Katishi Masemola, FAWU general secretary. “We need action to create jobs and job security. We need action to guarantee revenue for government coffers. We need action for better health outcomes in our country.”

FairPlay Founder Francois Baird said that FairPlay is “supporting the South African sugar industry because it is an important and strategic industry under threat. Jobs are being lost unnecessarily because the measures to protect the local industry are not timeous and flexible enough,” said FairPlay founder Francois Baird. “Like the chicken industry which we have supported for more than a year, the sugar industry is in decline, and because of government inaction, it is shrinking when it should be growing, creating jobs and exporting its products. The government needs to wake up to the jobs crisis in the sugar industry”.